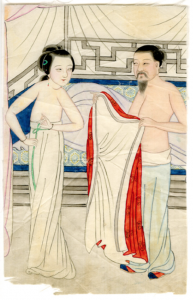 “Secularizing the pain of footbinding: Missionary and medical stagings of the universal body.” Journal of the American Academy of Religion 75.1 (March 2007): 1-24. PDF 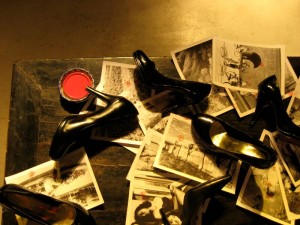 This collaborative performance was done in 2008 with model Chen Juanhong and her students. It featured a pair of stilettos that had tiny Chinese seals carved in their heels. Many long-standing interests flow together for me in this project: The desk as a scene of power and play; in China, the political power of the act of sealing 盖章; the skills of calligraphy and painting and their relation to the performing body; the tradition of bound-foot women in China contrasting with flamenco dancing, where stamping women provide the percussion and lead the band. The project awaits a second phase… See the first phase here.